Hello readers, Baby TheEnd here with another awesome Gunpla review! Today we're gonna be looking at the HG Gaddess from the Gundam 00 HG line. This kit was a birthday gift from Seraphim, and has made an awesome addition to my ever-growing arsenal of HG Gundam 00 kits. Enough chat though, let's start this review! 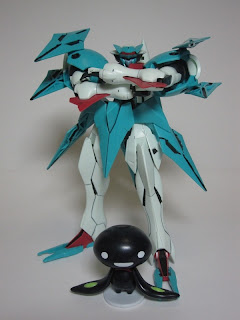 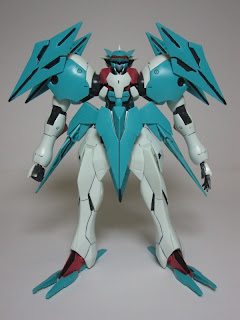 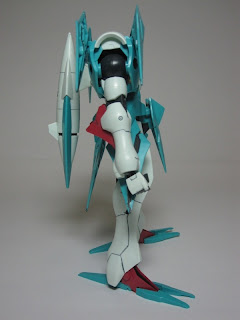 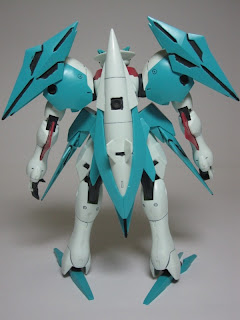 The Gaddess is quite a limber mobile suit, especially despite the huge shoulders and skirt armor. From the top down, the head is on a double jointed neck and can move around pretty well, though the shape of the head will limit how far up the Gaddess can look [because of the large collar armor]. The escape pod/GN Drive mount is on a swing joint, and the little wing parts are also able to swing out. The shoulders, despite looking huge and simple, actually have a few joints inside that allow for the shoulder-to-body connection to move around, the shoulder armor itself to move, and the shoulder-to-arm connection to be mobile as well. The arms are single-jointed at the elbow, and they can't bend much further than 90˚ or so =\. The hands are your standard HG ball-jointed hands. 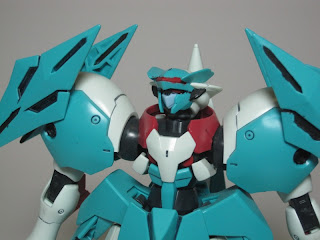 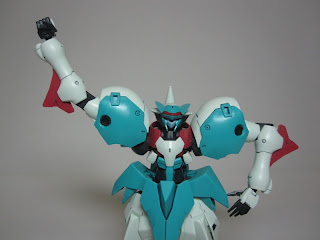 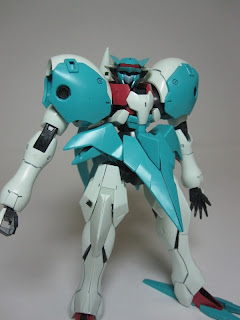 The waist is on a simple peg joint, so it can only rotate [no bending or anything fancy]. The side skirts are on ball-peg polycaps, but because of their shape they can't move around much. The back skirt is stationary, and the front skirt can swing forward a little bit. The hips are ball jointed, but like the Garazzo they can't move around too much because of the joint design. The legs are double jointed and can bend quite nicely, and the feet... are a mess, just like the Garazzo >___> 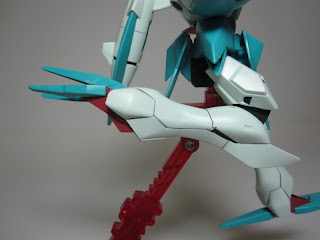 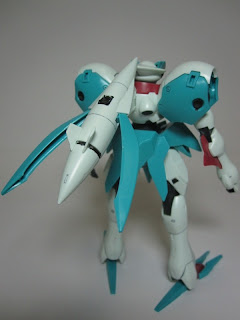 I quite like the look of the Gaddess, especially the head. The color scheme is also a huge plus for me, since there are really too few green mobile suits [I'm counting teal as a green in this case :P ]. The only major downside to the Gaddess is that, with all of the GN Sword Bits attached [as you'll see later], it gets a bit heavy and the side skirts impede leg movement a lot. 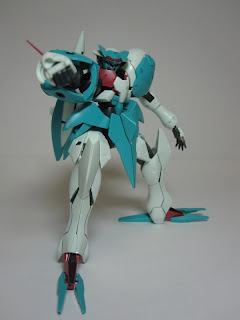 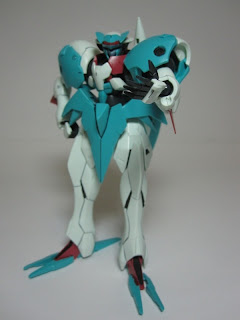 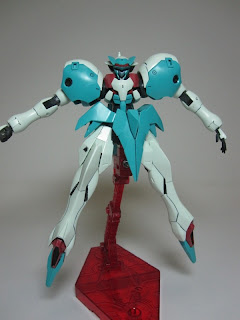 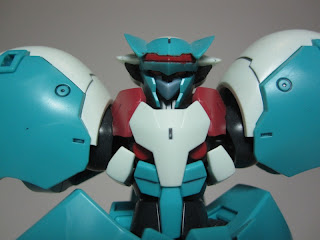 The Gaddess only has one accessory, the GN Heat Saber. The red parts were painted on [and are actually starting to chip off a bit], so it's a simple sword, but it looks awesome! 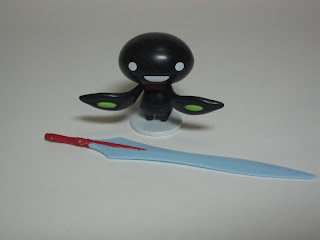 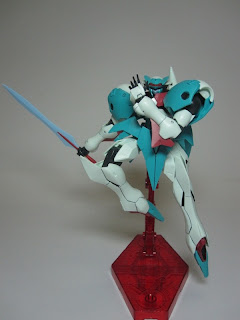 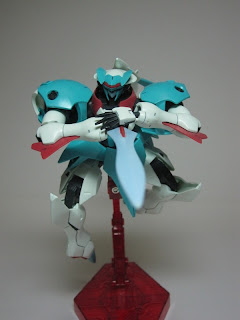 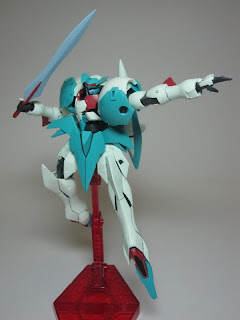 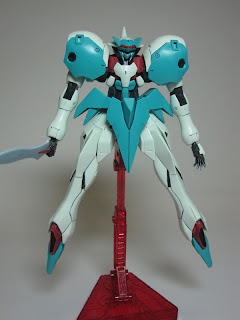 The Gaddess looks even more menacing with all seven of its GN Sword Bits equipped, fully ready for combat! Unfortunately, I lost the clear display parts to have six of them floating off of the shoulders :( 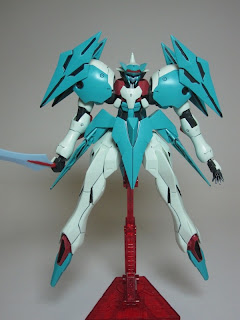 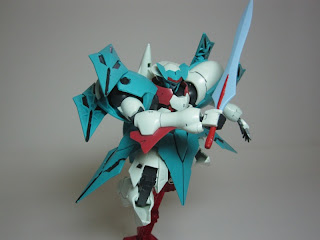 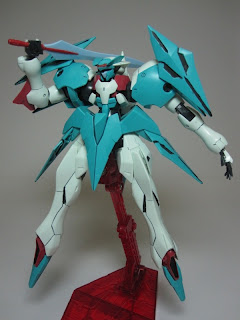 The Gaddess is a pretty simple kit, honestly. This means, though, that it doesn't take too much work to make it look good, since it looks pretty snazzy already~. For collectors of the Gundam 00 Innovade suits, fans of the design or those with a desire to add some more vibrant colors to the sea of red, white, blue and yellow, the Gaddess is definitely for you. It retails for around $18, and it's a fun build and pairs up quite nicely with the HG Cherudim Gundam! 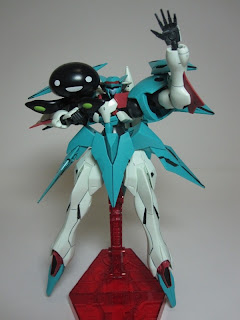 And that's all for this review! See you later, readers~!
Posted by Baby TheEnd