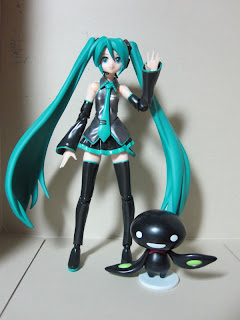 This figure is Figma Hatsune Miku, part of the Max Factory Figma line. Figmas are known for being incredibly well detailed, amazingly articulated, and come with awesome accessories and extra hands and faces to create different scenes with whichever Figma you decide to get. Hatsune Miku is a character from the VOCALOID series created by Yamaha, and this Figma version of her was my first "holy grail"; that is, a toy/figure/whatever that you would do almost anything to get your hands on. I was incredibly lucky and bought the last one off of a site called Angolz [which had great service, by the way :D]. 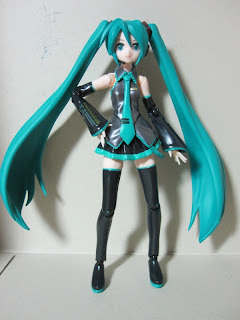 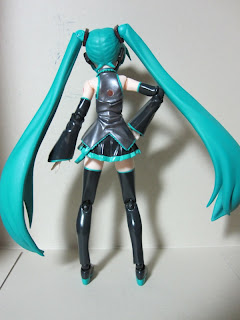 I really can't say enough good things about Figma Miku. I was ecstatic to get her in the mail, and I was pretty pleased at the level of detail and articulation [and the packaging, too]. Miku has a very well-hidden joint system that almost perfectly replicates the posability of a human being, and her hair is on joints too! 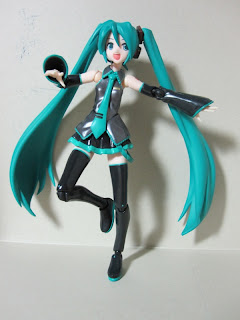 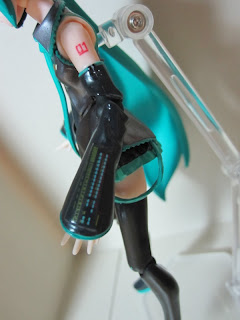 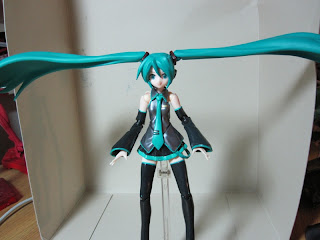 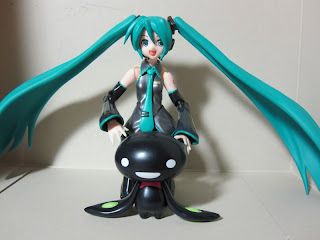 She's got a little hole in her back where you can attach the Figma base [which comes with every Figma] to Miku, allowing some pretty nice jumping/midair poses :D 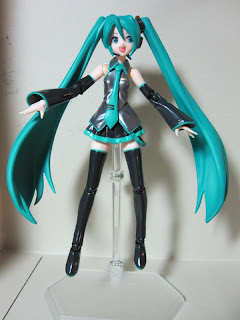 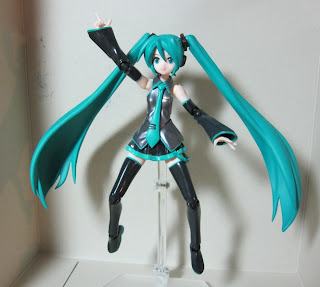 Miku comes with an extra face and a few extra sets of hands [the hands can all be stored on a little hand tree thing, which is quite... handy]. The hand pegs are a bit fragile, though, so if you have a Figma be gentle with the hands. 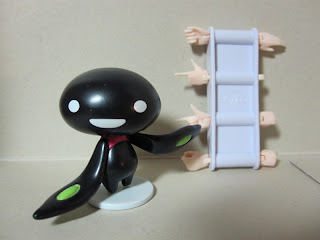 To swap faces, remove the bangs, pull off the face, and put the new one on and then re-attach the bangs. 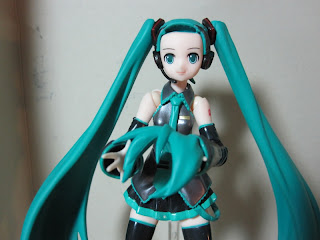 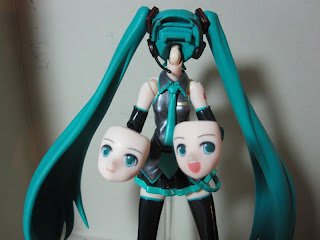 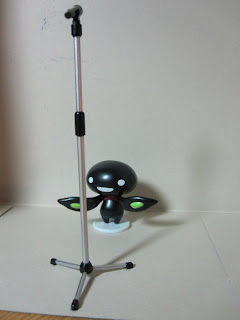 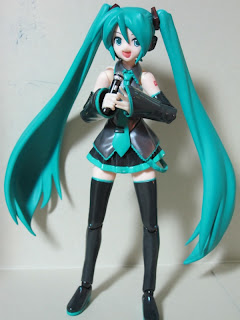 Miku comes with a few sweet accessories. First up is the microphone with stand, which is a necessity for Miku, who is a true VOCALOID in that she does vocals and plays no instrument. You can put Miku into some cool poses with just the mic, but attaching it to the stand and having her hold the entire stand allows for some more creativity. You can have her be a calm singer... 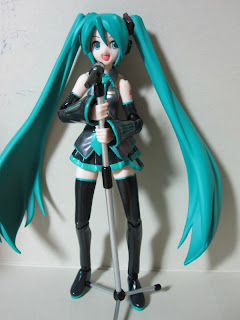 or a hard-core rocker. It's all up to personal preference. I just wish they included an angry screaming face D: 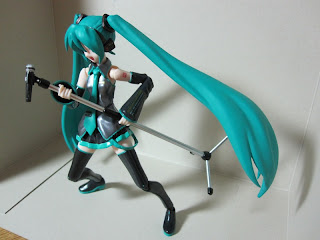 Next, we've got Miku's trademark vegetable, a leek! That's right, Miku comes with not one, but TWO leeks! I don't really have much to say about 'em, other than that her left hand is a bit tight and can't hold the leek all that well. 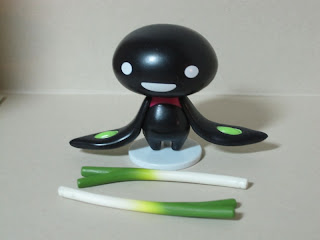 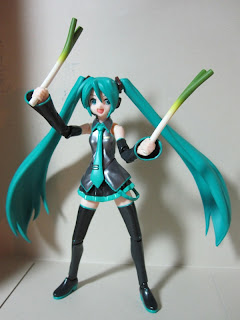 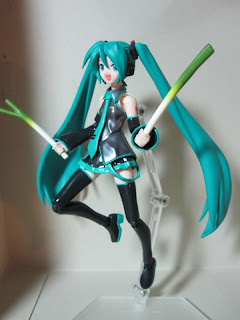 Figma Miku is really just fantastic, and unfortunately out of print and difficult to find for a fair price these days. My Miku is easily one of my most treasured toys, and if you're into VOCALOID at all there are a few other VOCALOID Figmas too [Rin and Len, I think]. If you can find one for a fair price [$30 or so], you're sure it's not a bootleg and you like the VOCALOID franchise, then by all means GET IT. She's totally worth it, a necessary addition to any Figma collection you may already have, and it's Hatsune Miku. She's adorable. 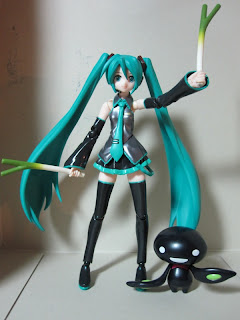