After about a week of being sick and being too lazy to take pictures, I finally got around to finishing one up. This HG Dynames kit is one of my younger brothers's, and I'd say he did a darn good job on it. I'm also pretty impressed with the articulation, as up until this point I hadn't interacted with any of the Gundam 00 season 1 kits. So, with that being said, on to the review!! 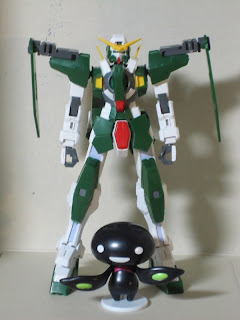 Dynames is definitely a solid HG kit, and to be honest I'm not sure whether or not I like the 1/144 or the 1/100 version more; they've each got their own little perks. 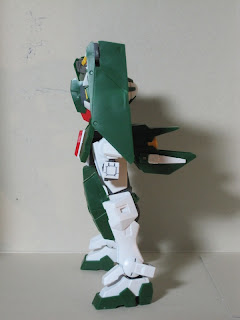 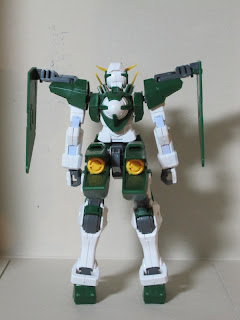 HG Dynames has some pretty nice articulation, and it's really great to see that Bandai is constantly improving on the quality of HG kits. From the top down, the head is on a ball joint and can move around pretty well, and the v-fin can be lowered to reveal Dynames's scope. The shoulder fins can move up and down [so they're stowed in the shoulders]. The shoulders themselves can swivel forward a little bit, and there's another joint inside the shoulders that allows the shoulder armor/arms to move up and down. The shoulder armor itself is attached to the arms and can move up and down a little bit, and the "arms" can rotate and have Dynames's shields attached. Dynames's arms can rotate at the shoulders, and can bend at one point at the elbow [the double jointed elbows came in for the season 2 Gundam 00 kits] and the hand is ball jointed. Moving to the waist, there isn't too much articulation: it's pretty much just a peg attachment, so it can turn around but no leaning forward or backward. Dynames's gigantic butt thrusters can move up and down, and the beam sabers can be removed from them, and his front skirts are really no issue, as they can swivel up out of the way. The hip attachment is pretty good, and gives Dynames's legs a nice range of movement right off the bat. Something I didn't realize when I first started fiddling with Dynames was that his knees are double jointed, and once I realized that the joint was just a bit stiff I appreciated the knees a lot more. Dynames can take a kneeling pose with no problems, which is appropriate for a sniper like Lockon. The feet aren't really anything special, and the front ankle armor can't really move. At all :| 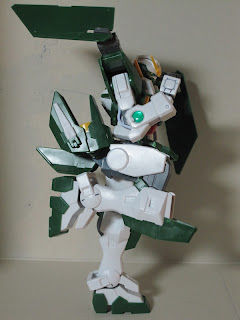 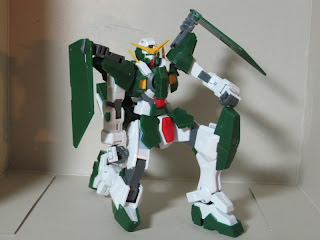 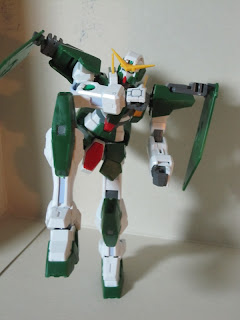 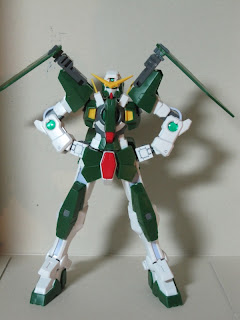 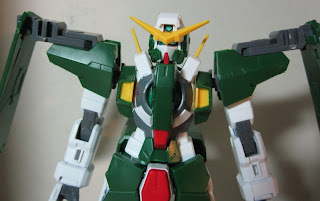 There really isn't much difference in accessories between the 1/100 and the 1/144 Dynames except that the 1/144 doesn't have the awesome pistols. Both the shield and the rifle are pretty much the exact same between both versions, so for the sake of not repeating myself I'm just going to show you the pictures here, and if you want to know the specifics then you can check out the 1/100 Gundam Dynames review ^__^;; 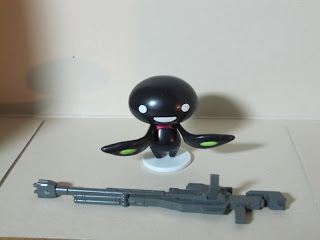 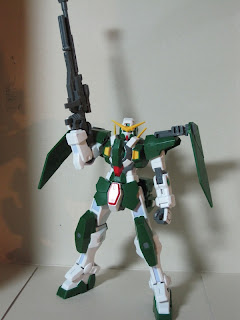 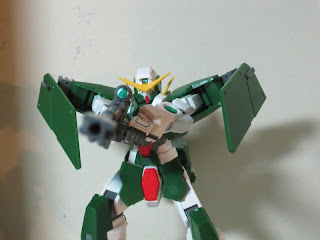 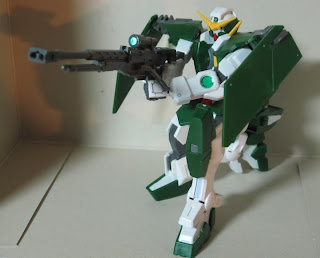 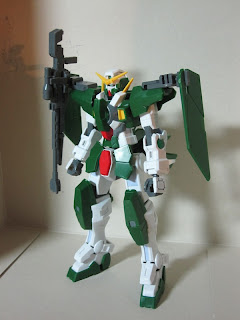 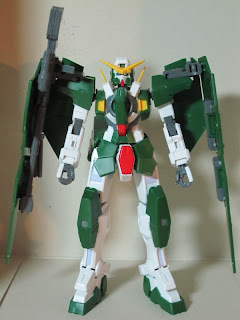 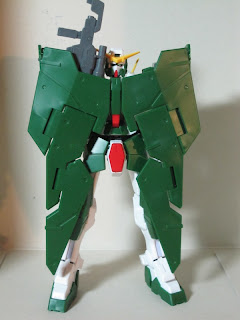 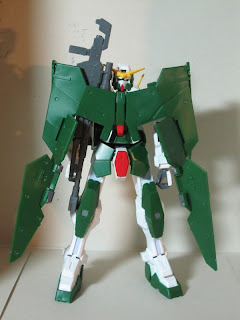 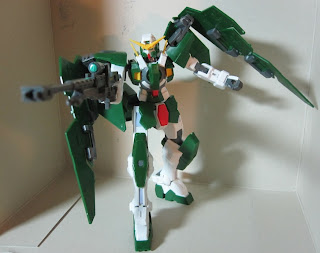 HG Gundam Dynames is a pretty solid kit, and like I said before, I've definitely grown to appreciate it. For around $12, it's a pretty nice kit with a nice amount of articulation, and pretty much everything is already the right color too! :D 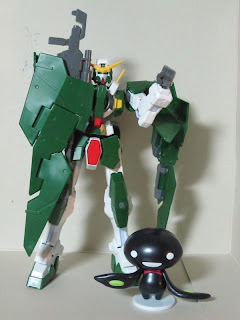 And with that, I promise I'll stop being lazy and have next week's review up on time! :O
Posted by Baby TheEnd