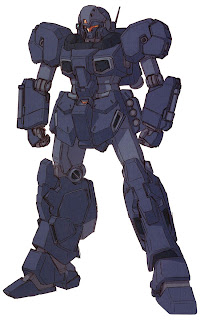 My vote's on the RGM-96X Jesta on this one. Though technically it's not quite as mass produced as the standard GM, it's more than a one-off production, and 12 of these things seems pretty massive to me xD. The Jesta was specifically designed to escort the Unicorn Gundam into battle and keep enemy grunt suits away from it to maximize the NT-D System's effectiveness.

Simply put, the Jesta is just badass. It's a special operations mobile suit and it definitely looks the part. The Unicorn-esque design, along with the unique shield mount and general Katoki aesthetic make the Jesta a winner in my book. 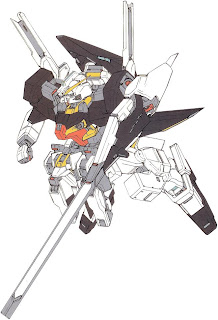 The RX-121-3C Gundam TR-1 Hyzenthlay is, without a doubt, my favorite Gundam. Hailing from the Advance of Zeta: Flag of the Titans visual novel side story of Gundam Zeta, the Hyzenthlay is the culmination of the Titans Test Team's mobile suit experiments. Unfortunately it's only a concept mobile suit, but that doesn't detract any of its sheer awesomeness. With two shoulder mounted beam cannons, the upper body of the TR-6 Woundwort as its sub-arm unit, and a long blade rifle that can "transform" into a giant claw with a beam emitter palm, what's not to like? And if that's still not enough, the Hyzenthlay-Rah goes a step further with two Hrududu II units and another rifle! 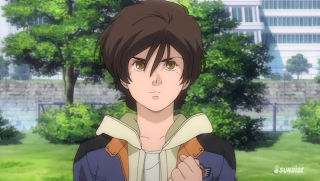 As far as angsty teenagers piloting 50-foot tall robots go, Banagher Links is at the top of the list for me. Lovingly dubbed "Banana" by the folks of /m/, Banagher follows suit in the Gundam pilot stereotypes. However, there are instances where he goes beyond that and achieves a level of badassery that not even Kamille, Flit, or Setsuna could ever reach [for example, the scene in episode 4 when he punches out Captain Zinnerman]. 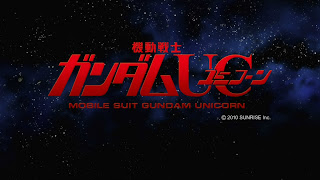 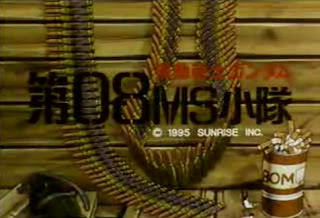 Assuming we're just going by anime series, it's a [frustratingly tough] tie between Gundam Unicorn and 08th MS Team. Unicorn boasts a fantastic story, mobile suit designs by Katoki as far as the eye can see, and that gorgeous OVA-level art style we've come to love so much. 08th MS Team, however, has an equally fantastic story, but more in the sense of realism: that is, it feels like the only Gundam series that properly reflects what fighting a war with giant robots would really be like [to some extent, of course]. The characters are all awesome and incredibly unique as well.

~*~FAVORITE KIT OF EACH SCALE I'VE BUILT SO FAR~*~

It's kinda dawned on me that, as I come to this section, I really can't choose just one favorite kit of each scale. After having built so many over the past few years, I can't say there's a single kit that I haven't loved putting together. I suppose for 1/60 scale my vote would have to be the PG 00 Raiser since that's the only one I've built, but among the myriad of HGs and MGs I can't pick out one of each to call my favorite; they've all got their ups and downs. This section ended up being kind of cheesy, but I hope you can understand where I'm coming from with this ^__^;;

And that's everything! Like I said earlier, feel free to do this little questionnaire yourself [but don't get into arguments or I'll start deleting posts!!]~. See you all later~!
Posted by Baby TheEnd