Hello, hello readers! Baby TheEnd here with a gunpla review. Today, we've got a HG kit from the Gundam SEED Astray official side story. I really don't know all that much about this side story other than that it features several customized Astray frames similar to the ones used in Gundam SEED and SEED Destiny. This customized Red Frame is piloted by Lowe Guele who comes from a Junk Guild. No idea what any of that means, so on to the review~ :D 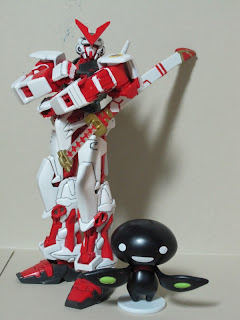 So, this is the Astray Red Frame, and I gotta say, I love its design. The legs are have so much detail on them, and it's fantastic looking. I did panel line everything a little too deeply though, but this was when I was using a copic marker and not a Gundam marker D: 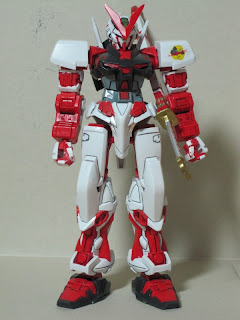 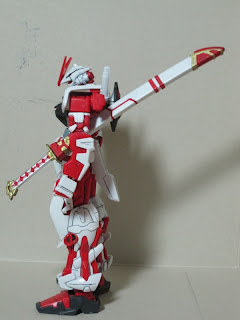 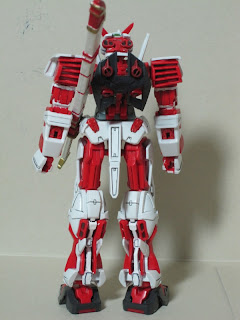 Articulation-wise, the HG Red Frame does not disappoint at all. The shoulders have a pseudo-MG gimmick in that they can rotate forward/backward and up/down to some extent, and can rotate 360˚. The arms can also rotate the full 360˚ and can bend well at the elbow and wrist. The neck is on a ball joint and the head can spin all the way around, but that'd just be silly. The torso doesn't really have much in terms of articulation, but it can swivel a little bit to the left and right. On to the legs, the hips are on ball joints, and the only limitations are the pegs the ball joints are on. I like that there's no obnoxious stationary skirt armor :D  The knees can bend to about a 90˚ angle, which is to be expected of its bulky legs. The ankles are ball jointed, but the back of the foot can also lift out for more dynamic poses! 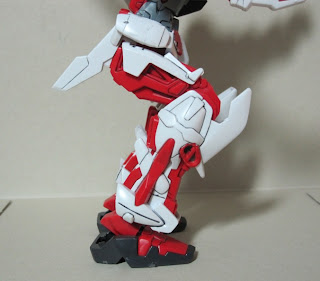 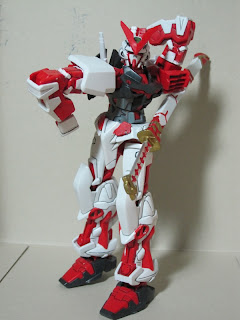 Obviously, I gave the Red Frame a little paint job since I couldn't stand looking at the solid white scabbard for Red Frame's katana. It just bothered me so much, so I rounded up my paints and went to work. 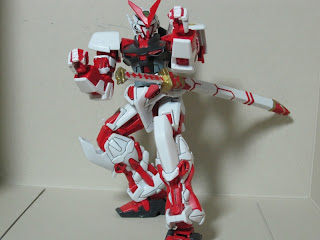 I tried my hand at painting the eyes, too, which turned out quite well, despite the shade of green being a bit dark. Oh well~ 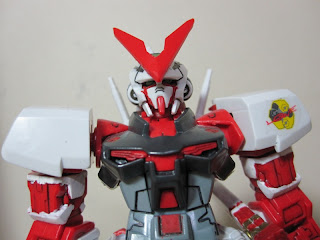 I really only have one complaint with this kit, and it might just be a problem with mine. It seems like some of the polycaps are becoming a bit loose quickly, specifically on the shoulder/torso and torso/waist attachments, so they can get a little wobble :( 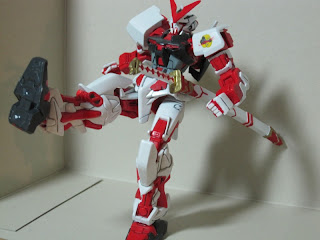 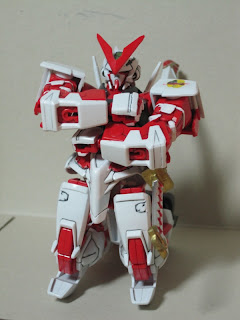 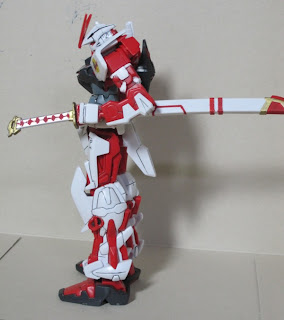 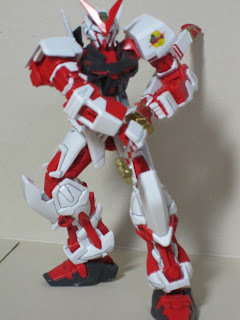 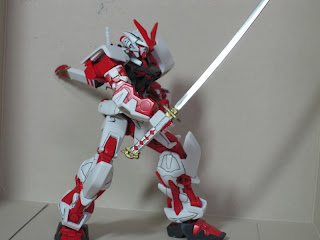 It kinda bugs me, though, that the way the scabbard is attached causes Red Frame to draw the sword upside-down. 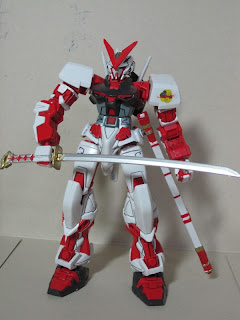 The sword comes with some silver coating, but it looks kinda crummy, in my opinion, and I plan on going over it with something more shiny soon~ 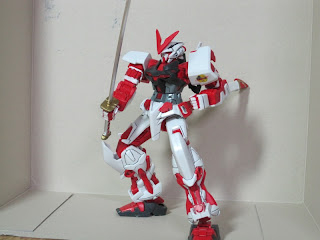 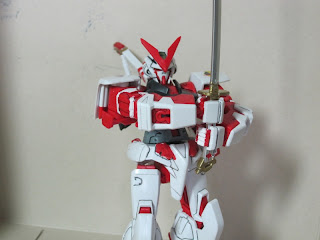 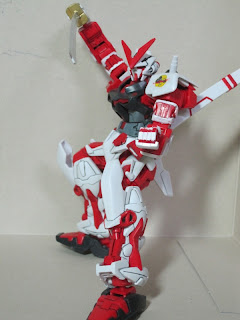 Red Frame's other accessories, though, I really don't consider necessary. The other accessories [other than the two beam sabers on its back with the dynamic beam effect] are the standard issue rifle and shield that all of the Astray frames have. 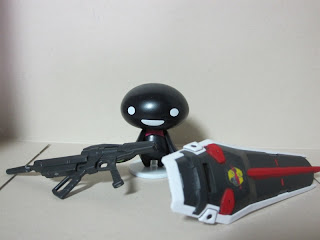 The gun-holding hand actually broke on my Red Frame, so the rifle has been sitting in the weapons box ever since. And I think that the shield kind of clashes with the Gerbera Straight. I prefer the look of just a katana - the shield gets in the way, in my opinion =\ 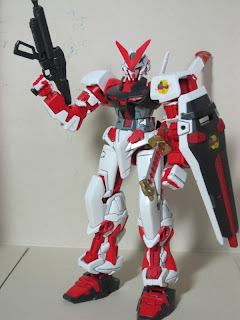 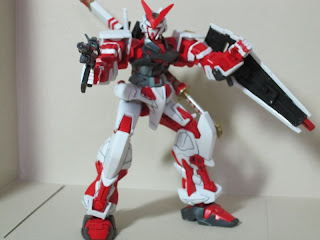 Would I recommend this HG kit? Of course I would! How often does a Gundam have a solid sword of any kind, much less a katana?? Rarely, that's how often! Be warned, though, to bring out the Red Frame's true beauty it will require a little bit of gold, red and white paint, but not too much. If you liked the mass-produced Astray frames in Gundam SEED, then you can ditch the katana and give it the shield and rifle. It's definitely worth the money though, and at this point you can find the HG Red Frame for pretty cheap! :D 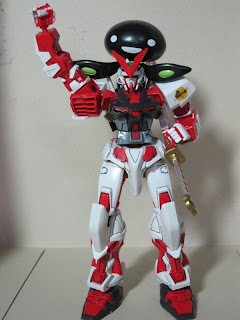 ~Also, I think from now on I'm going to do my best to do at least one [major] update a week, updating on Friday. Just letting y'all know~
Posted by Baby TheEnd